The Instrument SCOE is a turn-key system providing electrical and protocol interfaces to a satellite Instrument (camera, synthetic aperture radar, etc.)  during development and AIT of the Instrument. Instrument SCOE sometimes called Payload SCOE allows operating stand-alone Instrument through the electrical interface that is later provided by the spacecraft. Typically, these SCOE’s provide power, control signals (discrete, serial, bus) interfaces and monitor the instrument. In addition to the physical interfaces, the SCOE also uses the spacecraft communication protocols, timing, sequences, etc and can include automated sequences. The SCOE can be operated stand-alone through the local GUI or connected to an overall test system such as a CCS via the remote (LAN) interfaces.

Instrument SCOE’s can be used for conventional instruments but also for high-speed applications such as optical and radar instruments, Solid State Mass Memory Units and other high-speed payloads.

Instrument SCOE’s are typically assembled by C-STS to meet the specific needs of a satellite instrument using a combination of C-STS and COTS products. The standard products are integrated both at software and hardware levels including internal rack harnesses such that a typical SCOE will have a connector panel designed to minimize the complexity of harnesses to the instrument. 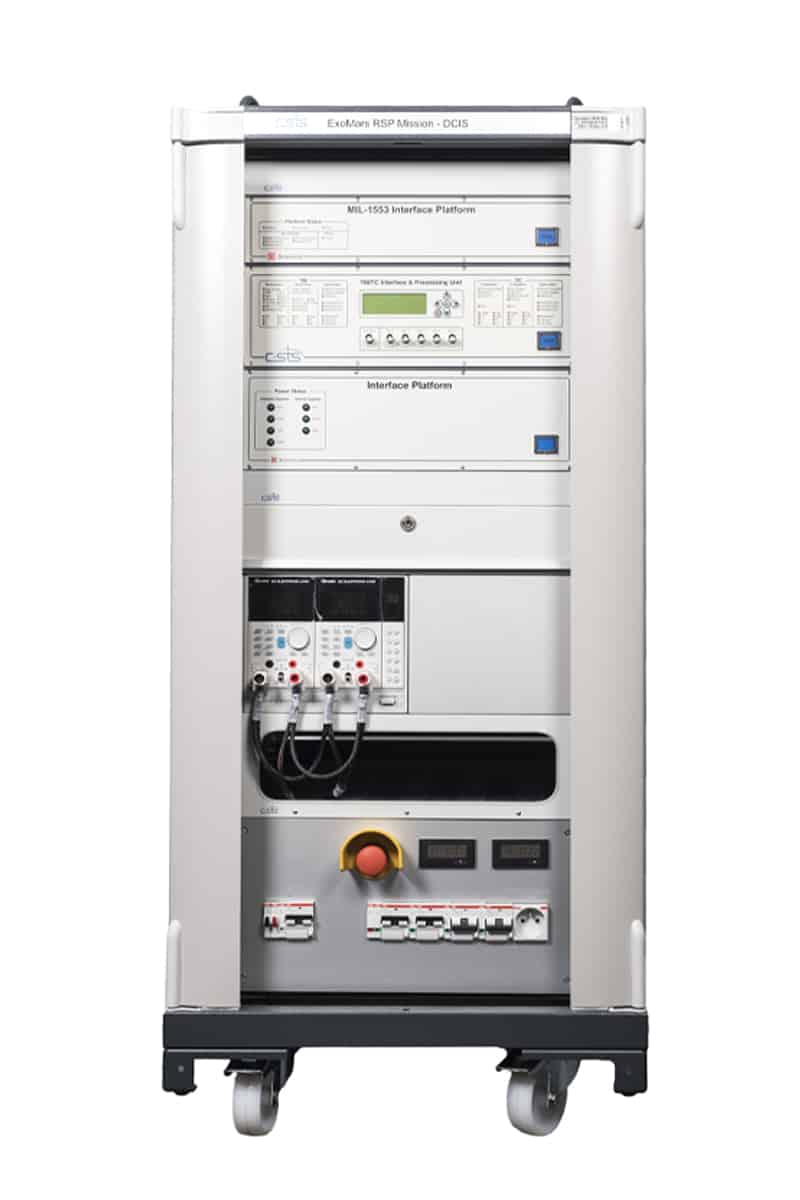 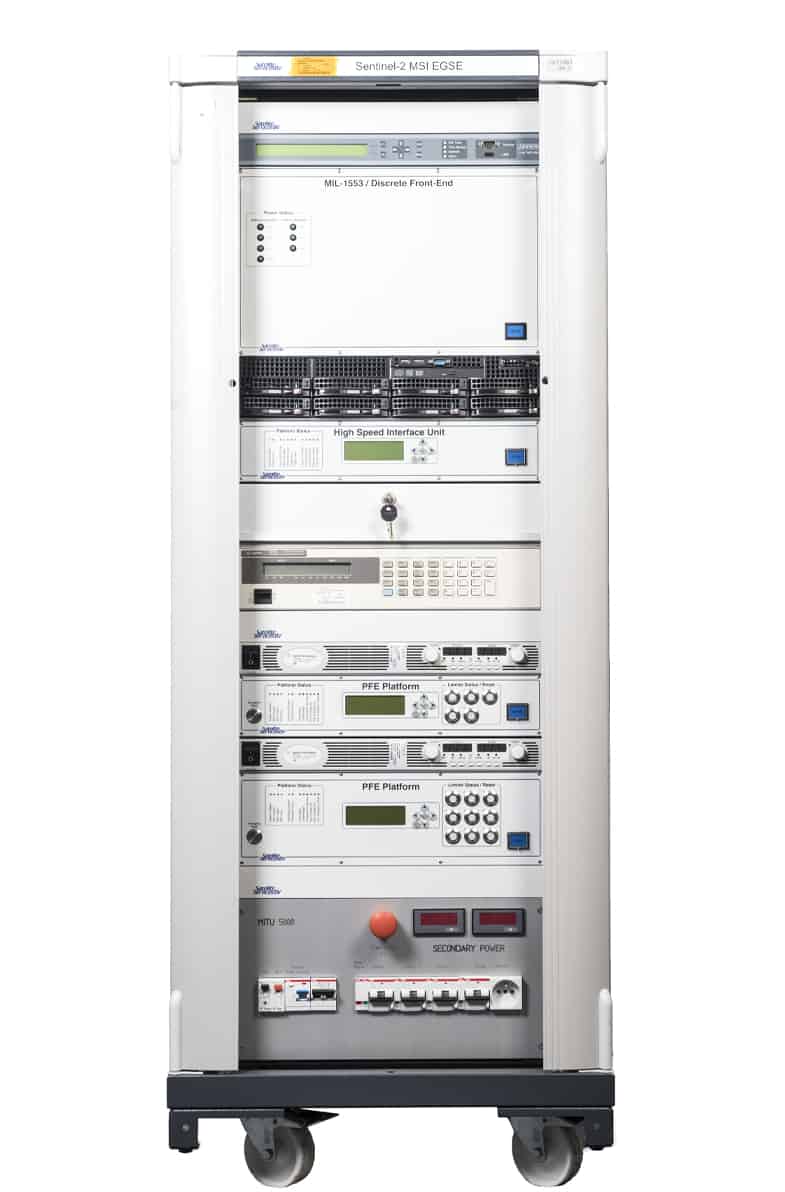 The system consists of one or more 19” racks, fully integrated and tested to provide the electrical and functional interfaces to an instrument during the instruments development, integration and test.

The remote interface of the system is configurable by C-STS to meet the needs of the customer Central Checkout System. Many interfaces are available off-the-shelf such as EDEN, C&C.

The system includes hardware time stamping support through optional interfaces such as PPS, IRIG-B and IRIG-G.

The systems are highly customizable to fulfill specific spacecraft needs.